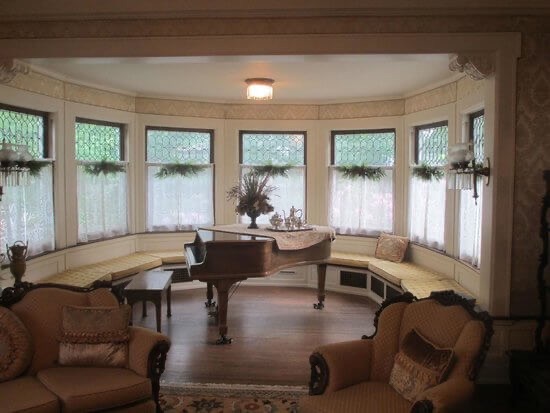 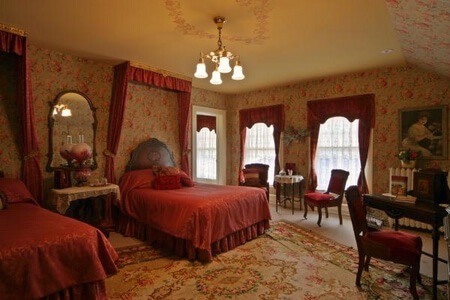 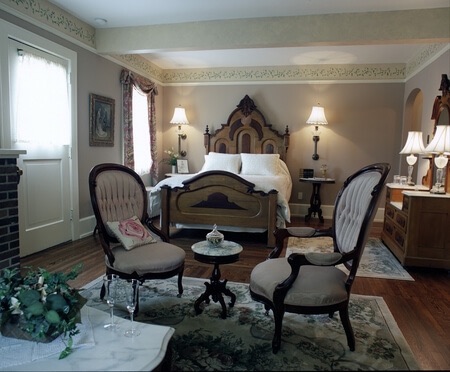 The 1905 Neoclassical mansion that is now Antiquities' Wellington Inn isn’t the classic lumber baron home. The man for whom it was built didn’t harvest for lumber. Rather, the company established by William Cary Hull’s father was a major consumer of lumber. At one time, the Oval Wood Dish Company in nearby Mancelona was Northern Lower Michigan’s largest employer. They made thin basket-type wooden containers used as disposable meat trays.

After the company relocated to New York State, Hull’s grand home suffered periods of vacancy and decay and the indignity of being subdivided into a four-family home, with four separate deeds.

It took the vision and determination of innkeepers Barb and Hank Rishel to see the property’s potential as a place for luxury lodging. The renovation of Antiquities’ Wellington Inn began with the Rishels’ purchase in 1999. The B&B opened for business in 2003.

A full breakfast is served in a turn-of-the-century dining room. Complimentary guest kitchen and wireless internet.

Walk two blocks to Traverse City’s bustling Front Street, where you’ll find restaurants, shopping and galleries. Not far from there, you can sit on a beach.

Settle into this 1905 Neoclassical mansion located in one of the hottest cities in Michigan, and within walking distance of everything that is happening in Traverse City. Built by a 19th Century lumber baron, this spectacular mansion has been fully restored to its original grandeur.

Park and walk to everything. The unique downtown Traverse City neighborhood location is a short walk to fine restaurants, shops, recreational trails and the spectacular beaches of Grand Traverse Bay. Gracious innkeepers will gladly help you with any arrangements required to ensure a memorable Northern Michigan experience.

Just a block or two from bike and kayak rentals, wine festivals, the National Cherry Festival, the Air & Water Show, the TC Microbrew & Music Festival, the magnificently restored State Theatre and nationally-renowned TC Film Festival, award-winning restaurants and cozy bistros, galleries and shops in a bustling downtown with not a single storefront empty.

Or visit the Old Mission Lighthouse at the end of the Peninsula, and stop for a tasting at several Old Mission Peninsula wineries along the way.

Explore it all, then sink into a luxurious room and awake each morning to a sumptuous breakfast in the elegant dining room.

Hop on a Tall Ship for a tour of Grand Traverse Bay; rent a kayak at nearby Clinch Park to paddle the Boardman River. Or walk down the block and under the tunnel at Front Street to be at a sugar-sand beach in seconds. Rent a bike, too, and ride on shorefront trails as far as Suttons Bay if you wish. Options for charter fishing are plentiful as well.

The next day it’s off to the Sleeping Bear Dunes a few miles away for a day on Lake Michigan’s towering sand dunes, deep woods trails, a picnic at the spectacular Overlook, and a bracing run up the Dune Climb. Water, water everywhere. It’s what we do in Traverse City.

Traverse City has been called “the coolest lakeside food scene in America” in Bon Appetit magazine. Can you beat that? And, with a few exceptions, the coolest restaurants are within blocks.

Around the corner are two lots with the most innovative food trucks you’ll find.

And at the intriguing Grand Traverse Commons – the renovated Victorian buildings of the old hospital high on the hill that were repurposed into an exceptional array of specialty shops, food entrepreneurs and restaurants with a Grand Lawn for concerts – you’ll find the James Beard-nominated Trattoria Stella.

Around the bend toward Suttons Bay is the waterfront West End Tavern.

No space to list the rest, but trust us, there are more. The competition is fierce. You’ll have to make choices unless you plan to stay for a week. You might even happen on celebrity chef Mario Batali, who hangs around many of these spots in the summer. 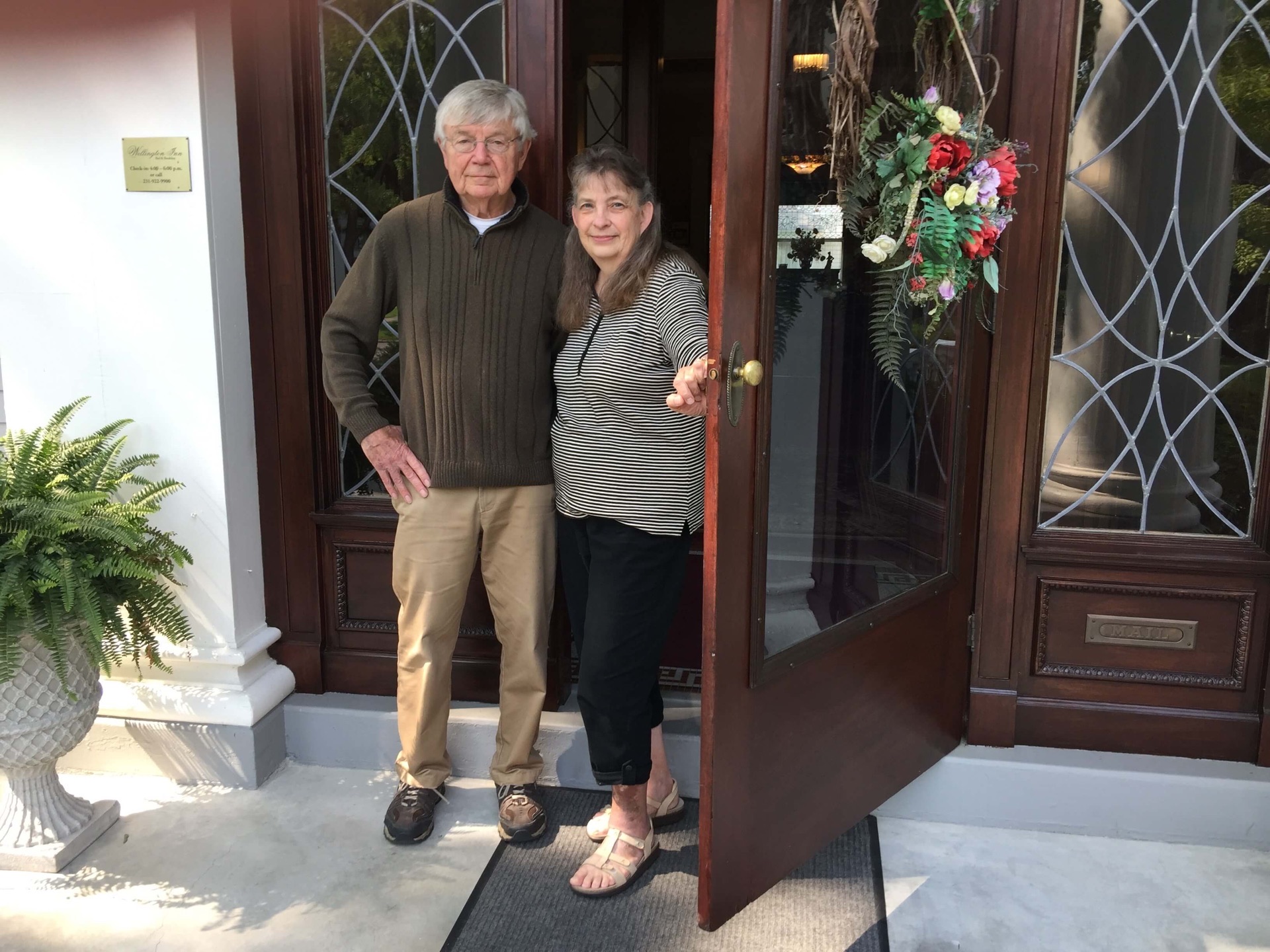